Hamburg, 12 February 2020. It is a superbly located site in the very heart of Hamburg. In April 2019, QUEST Investment Partners, the real estate project devel­opment company from Hamburg, launched an inter­na­tional archi­tec­tural contest for the new devel­opment of the Fleet site at Willy-Brandt-Straße 69. A winner has now been selected: With an attractive eight-storey brick building, the archi­tec­tural office Christ & Gantenbein from Basel stood out against six other partic­i­pants. “We encouraged the partic­i­pating offices to create a lively, yet striking and elegant piece of archi­tecture. The building is situated in a prominent location and can therefore be very expressive,” explains Theja Geyer, managing partner at QUEST Investment Partners.

Winning design boasts high aesthetic value and successful spatial integration
“The archi­tects at Christ & Gantenbein submitted an impressive proposal, which is compelling not only in terms of urban planning, but also in terms of its layout and design details.” This was the verdict of the jury, consisting of Chief Planning Director Franz-Josef Höing, repre­sen­ta­tives of the city and the political parties, the Office for the Protection of Historical Monuments as well as freelance archi­tects. The building comprises more than 7,500 square metres of usable floor space. The plans envisage flexible office spaces, and the ground floor with its large windows could accom­modate a café - the perfect place to sip a coffee by the canal. A benefit for Hamburg’s citizens: New apart­ments are to be built, with loggias overlooking the historical Nikolai­fleet. The red brick façade echoes Hamburg’s old building tradition, yet inter­preting it in a contem­porary way. This creates a visual bridge between the adjacent historical and modern urban archi­tecture of Hamburg. “The building responds to the highly diverse urban dimen­sions in a subtle way, without appearing too dominant in the overall context,” is how the jury explained its decision.

“The new devel­opment of this site is a historic oppor­tunity. Our design transcends the fragmented nature of the current situation and acts as a bridge between the tradi­tional Fleet houses and the modern buildings along Willy-Brandt-Straße,” explain the archi­tects from Christ & Gantenbein. And what is more: “The red brick anchors the building in the surrounding devel­opment and associates it with related buildings, such as the one of the Patriotic Society of Hamburg.”

City wants to revive Hopfen­markt and dismantle Cremon bridge
The City of Hamburg has a clear objective for the district around Willy-Brandt-Straße: It wants to upgrade and revive the area in a sustainable way. The Hopfen­markt in front of St. Nikolai Church is thus to become a popular urban leisure area again. The square received its name in the 14th century. It was here that brewers bought their hops. Later on, the Hopfen­markt became Hamburg’s wholesale food market and served a key function for the city for centuries.
In order to open up new vistas of historical buildings such as St. Nikolai Memorial, the Cremon pedes­trian bridge is to be dismantled. Instead, an additional traffic light is to improve the pedes­trian and bicycle traffic across Willy-Brandt-Straße in a north-south direction.

The current building dates back to 1956, its main tenant being the manufac­turer of building materials Holcim GmbH. The building appli­cation is scheduled for submission in autumn 2020, with construction work on the project commencing in summer 2022 at the earliest.

QUEST Investment Partners is a real estate project devel­opment and investment company with offices in Hamburg and Berlin. QUEST focuses on invest­ments in commercial and residential properties with upside potential in top locations of major German cities. The QUEST team has extensive experience in the devel­opment of high-quality real estate projects and contin­u­ously aims at increasing the real estate values of its share­holders and investors. QUEST’s share­holders are the managing directors Theja Geyer and Jan Rouven Künzel as well as the investment holding company of the Hamburg entre­preneur Erck Rickmers who is invested in real estate, equity invest­ments and shipping. 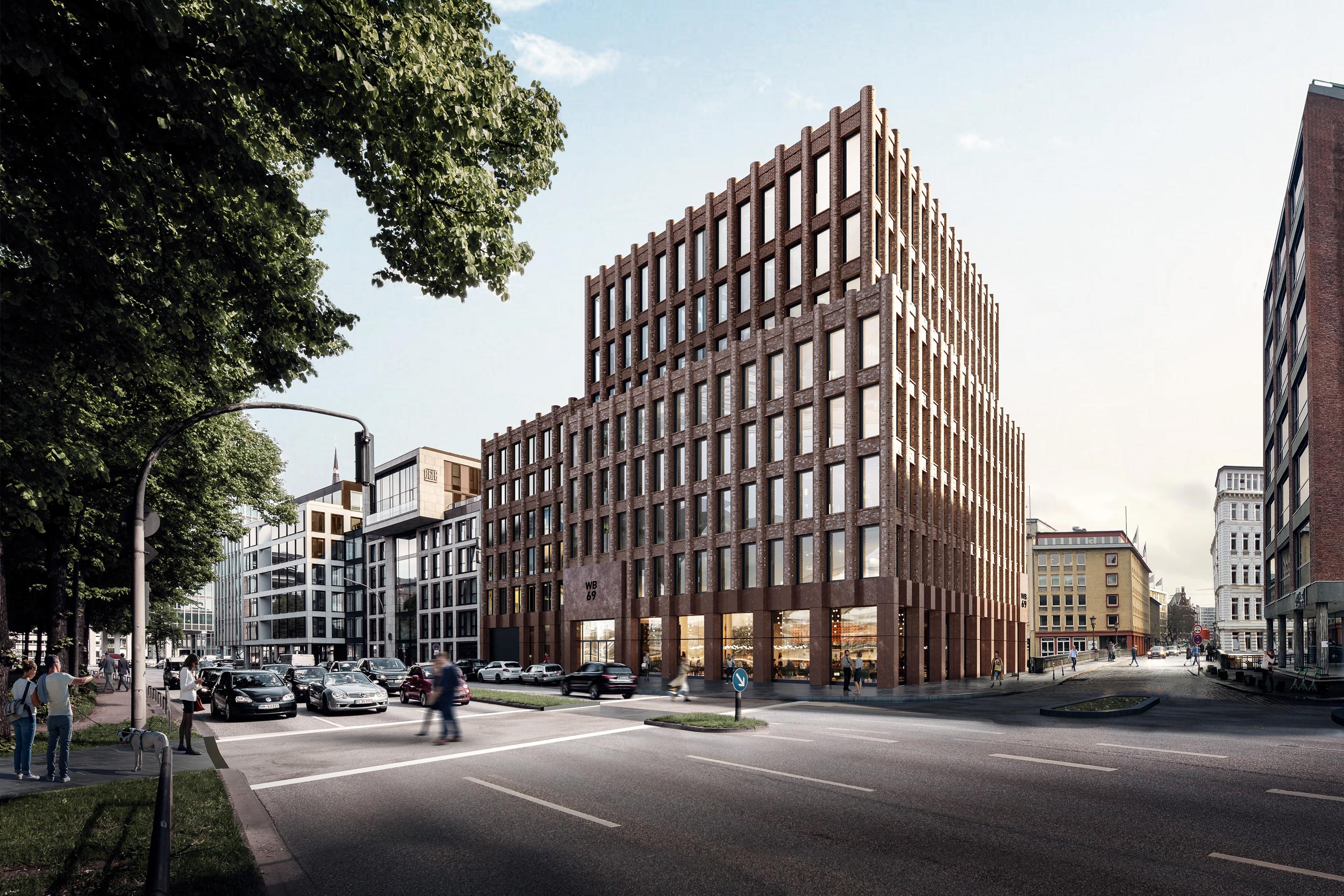